Did you know that when I first started coaching, it was more of a hobby for me?

I had paying clients here and there, but I never went all in.

Because I didn’t believe it was actually possible for me to be a full-time coach and make 6-figures.

And then, I recognized this limiting belief. And how it was not serving me.

So I tried to jump to the belief that “I can absolutely, 100% be a full-time coach and make 6-figures.”

But that new belief felt hard.

I had to FIRST, travel through the “land of possibility.”

Possibility is the bridge between disbelief and belief.

Instead of trying to go from one extreme to the next, I started with, “It’s possible. Why not me? A lot of coaches make 6-figures. It could happen.”

I played around in the pool of possibility first. It was easier for my brain. And as time went on, the possibility felt more and more real. Until it turned into full fledge 100% inevitable belief.

To watch Passing through Possibility, click the image below.

This site uses Akismet to reduce spam. Learn how your comment data is processed.

Gallery image with caption: How to Feel Good Quickly

Gallery image with caption: The Sneaky Thought Keeping You Stuck 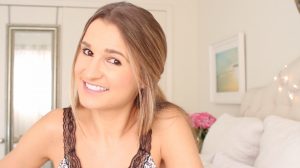 Gallery image with caption: How to Be Happy Single (And Alone) 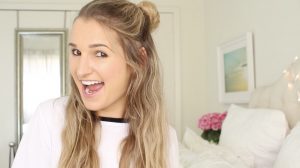 Gallery image with caption: How to Be Happy Everyday!

How to Manage Overwhelm at Work

How to Manage Confusion (Decision-Making)

How to Achieve Any Goal (Strong Belief)

How to Achieve Any Goal (Strong Desire)